We can realise some changes in everybody's life. The same happened in my life, when I had to go to move from my hometown to the Hungarian capital. The fact that I can live there has made me glad. Although I have been living in Brisbane for 7 months, I miss our exciting capital city, Budapest.


The population of Brisbane and Budapest are almost the same.Nevertheless, it seems to me that Brisbane is more populated than Budapest. Firstly, the biggest difference is between the buildings. In general, a lot of Hungarian bulidings have built at the end of the 19th and the 20th century and the most of them have not been renovated since then, but the buildings of Brisbane which could be built just at the end of the last century. Secondly, we can see some differences between the transportation of the two cities. The strangest vehicle for an Australian is the tram, because probably people use this solely or mostly in Europe, but I am not sure. We have two types of tram, so if you visit Hungary, you can travel by them.

on the other hand, if I compare Budapest with Brisbane we can see some similarities between the two cities. The most obvious similarity is the river which runs through the city, in Hungary the Danube river, in Australia the Brisbane river. Generally speaking, Australia is visited by a lot of foreigners and we can say the same for Hungary and Budapest too, especially Indians come to our universities to study medicine. However, I meet more foreigners here than in my country.

So, if you want to study medicine or travel by tram, come to our country and visit the Hungarian capital, Budapest.
Posted by nori at 3:19 PM 1 comment:

Lewis Hamilton is a Formula-1 driver. He was born in 1985 and he lives in Great-Britain except when he has a competition, because most of the year he spends abroad.He signed a contract with a popular Formula-1 team, with the McLaren Mercedes, when he was 12 years old, but he has been driving in the Formula-1 only for 2 years before that he performed in the world of go-kart, which is an easier form of car racing, recently called the child of Formula-1.

Hamilton is the first black racer in the history of the Formula-1, and, currently, at 23, he is the youngest person who has won a world championship in this sport. Most people say that he will be the next legend, following Michael Schumacher, who has won seven championships.

Since Hamilton appeared in the Formula-1, I think he has been making it more interesting.If you like any sports, especially the speed and the cars, I recommend watching Formula-1. If you want to know more about Hamilton, his career or his life, you will be able to find that here.

Anyway, Formula-1 fans don't forget about the first race, which starts in Melbourne on 27th of March :)
Posted by nori at 4:49 PM 1 comment:

I was travelling with my family around Poland about 6 years ago. We were visiting many cities, places and we were staying in different hotels every night. We were with a Catholic group, therefore, a priest had organized the whole trip, so he had offered these hotels.


We arrived at a very comfortable and quite good hotel. Actually everybody had hoped that most of the accommodation would be similar to this, unfortunately it did't happen in this way.However, until the fourth night everything was all right, but on the fifth day something strange happened.We had been travelling all day and when we arrived at the hotel or only its name was "hotel", because suddenly we saw that we were at a house like a ranch with sheeps, cows, chickens and pigs.


Obviously, we could do nothing because it was late and everybody was tired.On the next morning we were having breakfast when a cat jumped up on the table and she was walking between the dishes.

But in the end of the trip we agreed that this had been the most unusual journey until now.
Posted by nori at 3:16 PM 3 comments: 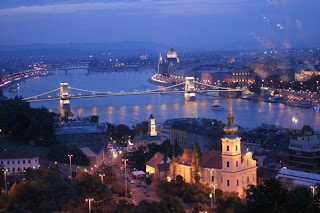 Hungary is located in the middle of Europe. It is a very small country, but very nice :)
The capital of Hungary is Budapest, which is seperated into two different part by a river, this is the Danube. The two part: Buda and Pest. Buda is better for families, but I recommend Pest for every young people, because the life is more exciting.
Posted by nori at 5:12 PM 2 comments: